You might have noticed that the majority of my time lately has been consumed by two things: the Wattpad book club and the release of my second book, Silencing Sapphire.

The past few months have been insanely exhausting, but incredibly rewarding! The book I've been slaving over for the past year, is now only 3 days away from leaving my protective arms and taking off into the hands of the readers. Yikes. Nervous would be an understatement. 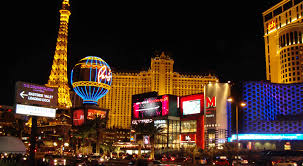 Luckily, I don't have much time to think about my nerves. While things have slowed down on the Wattpad and publication front, things have sped up elsewhere. I'm scrambling to get everything done for the SILENCING SAPPHIRE RELEASE PARTY, held in Las Vegas, and preparing for a few upcoming events.

I'm doing a guest spot on the #NAlitchat broadcast, 10/24 where the topic will be New Adult Beyond Romance--which I'm extremely excited to get to chat about--and, of course, the Google Hangout for the release on 10/22, 8 p.m. Eastern time. ANYONE who has/gets Google plus can join in on this!

I recently did a fun video interview with the one and only, Amy Evans, author of CLICKS, and will post it as soon as it's up.

I also did an interview for an Interview Collections book on Wattpad, which I enjoyed immensely.