Wow, I can't believe five weeks of the Stalking Sapphire Book Club on Wattpad have already gone by!
For everyone who has participated so far, THANK YOU! The Wattpad community is absolutely amazing!

As always, here is the link to the Wattpad book club:
Read Stalking Sapphire

1. The restaurant called Tomo Sushi where Sapphire meets Julia and Antonio, is an actual place. I've spent two accidental anniversaries there with husband. Both times because we missed the reservations we'd made elsewhere. Obviously, we're not the most time efficient people.

2. In the beginning of chapter 13, I described Sapphire driving past the studios in Burbank. I did this for a reason: I fear for the tourists who have been given an incorrect image of L.A.
While the media pretends that the shows and movies you watch are made in Hollywood, they are 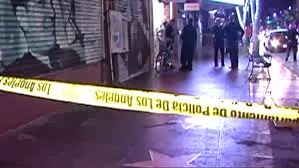 actually filmed in the city of Burbank. This is where most of the studios are located.

The city of Hollywood is not what it's portrayed to be. Besides from the one block of Hollywood Blvd where the Mann's Theater and the Walk of Fame are located, there is nothing. Go one block either way, especially after sundown, and you're at risk of getting robbed.
I'm not saying 'don't visit Hollywood', I'm saying: if you do, and happen to stray off the short stretch of tourist block, bring your nunchucks.