Week 6 of the Stalking Sapphire Book Club on Wattpad is now here, which mean there's less than two weeks left until the release of SILENCING SAPPHIRE, its sequel!

1. Let's talk about Shelly.
Generally, I don't feel the same things the reader is meant to feel while reading a scene. But, Shelly's scenes were hard on me. I would cringe whenever I got to her sections during my rewrites and then feel relived once I had passed it. I didn't like being inside her head, but felt her POV was necessary for the story.
As opposed to Sapphire, who has that heroic fearlessness, I wanted Shelly to represent how any kidnapped young woman out there would feel and perhaps, that's why it got to me.
Still, whenever this character pops into my thoughts, the first thing that comes to mind is "Aw, Shelly."

2. Let's talk about Chrissy.
In chapter 17, this heiress might seem a bit over the top to some people. And yes, she is. But you have to remember this is a character who has gotten everything she'd ever wanted her entire life.
When I first started writing Chrissy, I would think back on a conversation I'd witnessed.

I was in a coffee shop, standing in the back of the line behind two girls in their early 20s. Based on their couture, lingo, and clothed purse-dog I assumed they'd grown up in Beverly Hills.
They were complaining and making fun of the poor barista scrambling to get through the long line of orders. Neither of them understood why making a cup of coffee would take so long and they agreed the guy behind the counter was an idiot and overpaid for a job that's easy. 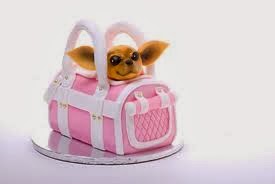 I was working as a waitress at the time, and knew the guy only made 7.50 an hour for a very stressful job with minimum tips.

"Like, seriously," one of them said. "How hard is it to make coffee?"
"Yah," the other one agreed, "just push the button."
I wasn't sure what kind of magical coffee button she was expecting that would produce lattes, espressos, frappuccinos, and iced coffees, but I'm guessing she had some sort of Nespresso machine at home and somehow thought a coffee shop that filled hundreds of orders every day should have the same single-serving device.
When they finally reached the counter, they didn't order right away. They spent five minutes explaining to the barista about the horrors of having to wait in line for that long, ironically, holding up the line by doing so.

A couple of years later, when I started writing Stalking Sapphire and got to Chrissy's first scene, the two girls popped into my head, and decided to keep them in mind whenever I wrote her.

Next week is the last week of the Stalking Sapphire Book Club and the final Tidbits will be up on Friday!