With Silencing Sapphire's release behind me, I've now started testing the waters on my next project.
As I began working, the age-old question popped into my head: does size matter?

And no, sorry to disappoint you, I'm NOT talking about the various sizes of male genitalia. I'm talking about book length: page count/word count. 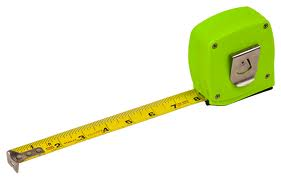 My own books generally don't run long. Perhaps this is because I was trained as a screenwriter and not a novelist (One golden rule of writing a scene in a screenplay is "get in, get out.")
Or, perhaps it's because of my greatest pet peeve as a writer and a reader: FILLERS.

What are fillers, you ask? An easy way to describe fillers is when the author suddenly goes into a two page description of a building despite the fact that it holds no importance to the storyline.
To set the tone is one thing, it draws the readers in and paints a picture, but to describe every detail of a dress, face, building, street, or car (again, unless it holds importance to the story) doesn't only slow down the pace, but robs the reader of using their own imagination to fill the gaps of what the author chooses not to show.

I don't like to bash other authors, but I once read a novel by someone who shall remain nameless, *cough, couch, Nicholas Sparks* where he spent pages upon pages describing the characters making tacos. This included, but was not limited to, how they cut every single vegetable and the exact pound of meat that was used. I don't know about you, but I already know how to make tacos and since the book was written for adults, I'd assume his other readers do as well.

A few chapters later, when my brain had just recovered from the taco ordeal, the characters started making ice cream...from scratch. It nearly killed me.

Like I said, I'm usually not one to bash authors, but I have a feeling Mr. Sparks--who I still think is an extremely talented writer despite adding extensive recipes to a work of fiction--would carry on with life just fine. Odds are, he'd laugh full-heartedly while pointing down at me from his sky-high mountain of books, money, and success.

So, does size matter? Does a book need fillers? Does the reader walk into Barnes & Nobles with a scale under the arm so that they can weigh a book and decide whether or not it's worth purchasing?

My conclusion: No! Size does not matter; it's how you use it! I'm still talking about the pages, get your mind out of the gutter.