I was lucky enough to get to interview author and psychologist Dr. Suzana Flores. And I must say, I feel a notch wiser for it. 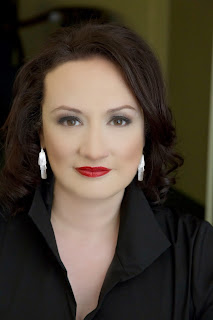 She can be reached at drsuzanaflores@gmail.com or through her literary agent, Liz Kracht at liz@kimberelycameron.com.


Suzana, you’re a psychologist and the author of Facehooked, a book that presents the dangers of social media addiction. Those two things would trigger people to imagine you as a very serious woman but you’re, in fact, an extremely funny person. Do your clients ever see this side of you, and if so, how do they respond to your humor?

I use humor in sessions all the time. I honestly think that it's healthy to find the ridiculousness of certain situations in order to cope with them. I am brutally honest and blunt in my feedback, and truthfully, I'm can even be crass at times too depending on client comfort level and if appropriate to the situation. My clients understand that this is my style and respond well to it. They appreciate the ability to be "real" in sessions and hear someone "break it down" for them in ways they may not have previously considered. Additionally, my clients are encouraged to curse if they wish, laugh 'til the cry, and be as honest about their thoughts and emotions as they want to be, without judgment. Sometimes the best way for us to work through adversity is to either laugh ourselves, laugh at others, or allow ourselves to say what we're afraid to say. True psychological freedom occurs when we lose the self-critic and forget about censorship. What we feel is what we feel - period. We have to allow ourselves to feel raw emotion. Sometimes this isn't pretty and sometimes it's hysterical.

How did the idea of writing Facehooked come about?

I first thought about writing about social media when I started noticing a new dimension in my clients presentations: Facebook. Day after day my colleagues and I started noticing that for many people, social media started being the platform for which people either started overtly hurting each other or it was the cause of misunderstandings and miscommunications.
I spent a lot of time in doubt as to whether or not I could ever write a book about this subject. "I'm a shrink Jim, not a writer!" However, my intrigue about the psychological impact of social media got so strong that I'd talk about it to anyone who would listen to me go on and on about it, until finally one of my friends told me to stop talking about it and start writing. I began by interviewing people on their positive and negative experiences with social media, but the point at which I decided to take the book writing thing seriously happened on the day that I had to escort a client to the emergency room due to a toxic Facebook interaction. That's when I realized, fear or no fear, I had to write this book.

How do you imagine Mark Zuckerberg, being a psychology major himself, reacting if he read Facehooked?

Ha! Well as fate would have it, I recently have been contacted by a few members of Mark Zuckerberg's staff about my book. I can't disclose more information than that for now but I can say, with a fair amount of certainty, that he likely knows about my book.
If he read my book, I think that he would understand what I'm conveying through the case examples and the guidelines provided throughout the manuscript. I emphasize that there are many positive aspects to Facebook, but certain interactions and social media related behaviors can be harmful too. In Facehooked I point out that Facebook is not the problem because Facebook alone can't hurt people; people hurt people. Now that we have this newly found power to connect with each other and instantly interact with each other, we have a responsibility to treat ourselves and others with respect - both offline and within our digital expressions.

One of my favorite parts of your book is a section titled Facebook: Helping Stalkers Since 2004. Have you ever been stalked on, or outside of, social media by a client?

Great question.  Truthfully, I've been waiting and wondered if anyone would ever ask me this question because it would cause me to self-disclose my own reactions to certain encounters on social media. Yes, I've been stalked on Facebook, but not by a client. When I first meet clients I inform them that one of the rules of therapy is that I will not interact with them on Facebook under any circumstances. The stalking experience I encountered was awful and required a lot of work to completely disconnect from this individual. I will not deny that the experience was one of the factors that inspired the book. I figured that if I went through a tough time trying to get rid of a stalker on Facebook, I wondered how many other people suffered through the same experience.

Between writing and sorting other people’s brains out, you’re juggling two careers at once. How do you divide your time between the two?

Maintaining a balance between the two is still a work in progress. Writing Facehooked while working a full-time job, and caring for my father who's health was failing at the time (he's doing much better now) was one of the most challenging experiences of my life - even more difficult than writing my dissertation or studying for my licensing exam. Luckily I had an amazingly patient and supportive agent, Elizabeth Kracht. I couldn't have done it without her encouraging words. She has become a very dear friend.
I've been wrapping my head around the idea of jumping into the writing process once more. Most people don't realize the immense pain, frustration, exhaustion, self-doubt and fear a writer experiences several times throughout the process, and this doesn't even include editing!  One minute I'm jotting down book ideas while enjoying the euphoria of feeling brilliant and clever, and the next minute I feel like slamming the keyboard on my forehead out of frustration. I envisioned myself flinging my computer out the window and accidentally killing a poor bird that was minding his own business, but was flying by at the wrong place and the wrong time.  #DeathByFlyingLaptop. No, the writing process is no picnic…but then I remember the times when I felt "in the writing zone" and it was during those times that I was deeply inspired to write. No matter how tired I was (it could've been three o'clock in the morning) once an idea hit me I wanted to get up and write, and it felt amazing. These moments make the process all worth it.


Lastly, I’ve heard that the book you’re currently working on is about sex. As a psychologist, do you still get shocked by people’s sexual impulses and endeavors, or have you heard it all?

The next book is partially about sex and partially about romantic relationships.  It is rather difficult to shock a psychologist, but every time I say I've heard it all, I soon regret it because sure enough, someone will share a story that's stranger than fiction. I've heard some incredibly detailed sexual fetish fantasies that were played out in reality, and they've forever influenced the way I look at the power of fantasy. These stories intrigue me, which is why I became a psychologist. I like to examine all parts of the human psyche…both the light and the dark. These elements, embraced together, make us...perfectly imperfect.

A BIG thanks to Suzana for letting me interview her!
If you're curious to find out more about Facehooked...