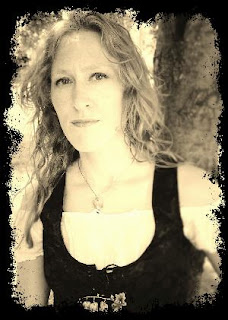 Ash Krafton has been hard at work on being her alter ego, AJ Krafton. She released her New Adult debut THE HEARTBEAT THIEF on Kindle in June and is thrilled to have made the Amazon Bestseller lists in four countries so far. Follow #AshKraftonEuroTour2015 as she takes the THIEF on a tour of Germany, Switzerland, and Venice (or follow @ash_Krafton on Instagram).

First of all I want to say how much I love your name: Ash Krafton. It may be the best name I’ve ever heard. I know you also write under AJ Krafton. What made you decide on a pen name and how did you settle on AJ?
That's so funny that you say that. I remember getting a rejection from a magazine editor who said she loved my name (but I guess not the story, considering the rejection.) But her email went, "Ash Krafton, Ash Krafton, Ash Krafton. I love saying that out loud!" Writers are a wacky lot : )
I decided to use a pen name for this book because up until that point, my writing has been for adults. The Heartbeat Thief is more of an all-ages (or at least mature teen and up) book so I wanted the different name to make that distinction. The J in AJ represents my family, which is a little heavy on the J names.

Both you and I write NA, a genre that makes a lot of people frown and say: “New…Adult?” How do you usually explain the genre to those who don’t know?

New Adult differs from Young Adult in that the themes are heavier, more mature. It represents the 18-30 year old group, that place in between YA and mainstream adult reading. Often, NA books feature sexual relationships, career/life choices, leaving home, or emotional situations that would be difficult for a younger teen to fully digest.


I chose a NA approach to this story because it's a dark fantasy that explores the phenomenon of death. It contains violence and a sexual relationship (along with its consequences). Now, as the story is also a historical told in the style of Jane Austen, a reader shouldn't expect steamy sex scenes. However, I didn't feel that it was a book aimed at young readers in middle school. A YA tag would mistakenly present it as such.
That being said, there have been several readers who say it's recommended for readers of all ages. I've been reading Stephen King since I was twelve and look at me: I turned out juuuuussssstttt fine. *winks*

How old were you when you started putting stories together, and who got to read them?

I've been writing since I was a kid. Most of the time, my mom would read it and send it into the newspaper. I'd just shrug and think, that's cool. I wasn't really writing for an audience other than my mom.
I started writing professionally when my youngest started Preschool. (He's fourteen now.) My husband is the first reader of everything I write. Then, it goes out to the world.


With a name like Ash Krafton, have you ever considered starting a Detective Agency? And if so, would you hire me if I promised to dump my boring name and change it to something equally cool?

Only if you want to run it. I'm clueless when it comes to mysteries. I never fail to be surprised at The Reveal. Worst part is, I watch a lot: Sherlock, Castle, Miss Fisher, Poirot, Miss Marple, Jessica what'shername from the 80s. And I have NEVER guessed who did it. NOT ONCE. So, I'll go in on the business if you make us look good because I'm fairly certain I'd suck at it.


Some writers read in the same genre they write, some don’t. Do you read NA and Speculative Fiction, or do prefer different genres?

I do read NA and loads of Spec Fic. I love sword and sorcery and epic fantasy. But I also like historical fiction and period writing, as well as poetry.

What is your favorite thing about the NA and Spec Fiction readers?

It's hard to know where their limits are and so pushing boundaries is a fun challenge. No matter how far-out an idea I have, there is always at least one reader saying, "Yeah, and then THIS happens…" and I'm left agape.
That's awesome.

Your novel, The Heartbeat Thief comes out in paperback today—Yay! What is next for you?

Um, um, um. A couple things.
Audiobook is in production for the first book in my urban fantasy series, The Books of the Demimonde. BLEEDING HEARTS is being narrated by the sassy and wonderful voice of Kelly Pruner and I can't wait to hear what my Sophie sounds like!
Currently I'm writing a serial about a magician/exorcist who is caught in the battle of Light versus Dark. I hope to make it very difficult for a reader to root for a particular side because I don't think big choices are easy to make.
I've also started work on my next NA title and write in that file when I need to switch gears.


Next week, I'll be blog touring The Heartbeat Thief. Stop by my blog http://ash-krafton.blogspot.com for more details. 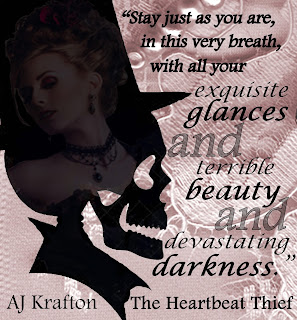