We are now into Week 2 of the Stalking Sapphire Book Club on Wattpad!

1. At the beginning of chapter 4, Aston is attending the policeman's charity ball in Beverly Hills, and asks the bartender for a brewski, (for foreigners, like myself: a beer.) The bartender shakes his head, amused by the question.

I took this from a personal experience and put it in to show how Aston differs from Beverly Hills.

I was 19 years old, attending film school and interning at Phoenix Pictures in  Los Angeles. On my first day on the job, I was to work the guest list at a Golden Globe pre-party. We were at the executive's mansion up in the hills of Beverly Hills. Very fancy, very intimidating for this small town Swede, fresh off the plane.

Since the guest list wasn't a very demanding job and there were five inters, the boss told us we could rotate to go join the party, eat some hors d'oeuvres, and have a drink. When it was my turn, I timidly walked into the ocean of rich and famous, and headed for the open bar. On my right, Dennis Quaid and his band--yes, he has a band--were preforming on a stage built for the occasion. On my left, Ben Stiller and his wife, Christine Taylor, were making out.  I tried my best to look like I belonged when I leaned in and asked the bartender for a beer.
Dear GOD! The bartender acted like I'd asked him for liquidized testicles. He was appalled, amused, then finally, arrogant.
"We don't have beer," he sneered, then tapped one of the many bottles of champagne. "How about you try some Dom Perignon, Sweetheart."
Did I, at 19, want to know what Dom Perignon tasted like? Hell yeah, but I didn't want to let the bartender win, so I somehow ended up walking away with a drink I didn't even like: Whiskey, straight up. Needless to say, I never tried to order a beer at a Beverly Hills event again. 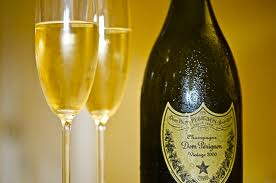 2. In chapter 6, Chief Anderson is displeased with Aston for wearing a t-shirt to Barbra Streisand's that read: "I don't take sh*t, I don't give sh*t, I'm not in the sh*t business".

This used to be one of my husband favorite t-shirts and he would wear it at the most inappropriate times. I hated this t-shirt with a burning passion, and eventually ended up "losing it" while doing laundry.
He still mutters about the strange disappearance sometimes, to which I innocently reply, "I don't know, it's a mystery."