I know, I know. You thought I'd died since I haven't posted since the turn of the century. Surprise, I'm alive...clinically, at least.

I've had a bit of a rough, but rewarding year. It all started after my last birthday, when I took a test, one I didn't have to study for, and was graded with two pink lines, a plus if you will.

The nine months (although that's a lie, it's actually ten) that followed were just as "magical" as people claimed them to be. It certainly felt magical spending every morning hugging my new best friend, the toilette bowl. Along with the other "exciting" things that happens to your body, it turned out I lost my ability to write. The computer screen made me nauseated, the thought of cohesive storytelling boggled my mind, and I spent a lot of time bawling when someone mentioned my series, Sapphire, or the color blue. To be fair, I also once cried because I'd put mismatched socks on and realized I'd have to take one back off. Hormones are a b**ch, people.

When I finally started feeling better, I still couldn't dig myself out of the writing block, especially with Sapphire #4. I was burned out on characters I've always loved to write, and a plot I was previously very excited about. As time passed and my brain remained at a standstill, I started panicking. Not only did I have readers waiting for the next installment, but my deadline was approaching.
Finally, I spoke to my agent, who is not only exceptional at her job, but a very lovely person who takes human problems to heart. Long story short, she got me an extension.
Sometime during the end of my third trimester, the token finally dropped and I was able to write again. Between peeing every 30 minutes, trying to roll my whale-like butt out of bed, and eating Gardettos with watermelon, I wrote until my fingers bled. Days before I hit my due date, I got project X sent off to the agent, and was finally making substantial headway with Sapphire #4. I even asked my nurse if I could bring my laptop to the hospital and write while I waited for my little one's debut. She laughed...and laughed...and laughed.
In retrospect, I get it.
Since I don't want to show you a photo of myself at that time, I'll show you a picture of an actual whale and let your imagination do the rest. 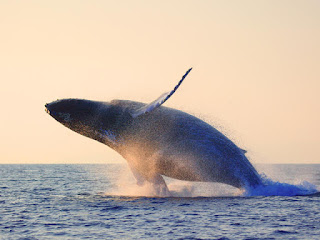 I went through an array of highs and lows in the following weeks. Greeting my little girl was at the very top of the best-ever list, while having post-delivery complications and nearly bleeding to death was probably one of the less favorable moments. I'd put the experience somewhere between all my teen years combined, and that time I accidentally drank expired milk. 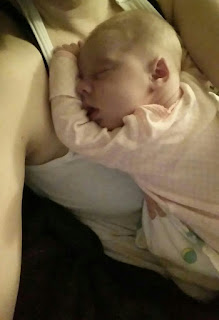 Nonetheless, you'll be happy to hear (or possibly very sad, depending on how you feel about the series) that I'm back on track and that Sapphire #4, officially known as SACRIFICING SAPPHIRE is
in the middle of its pre-publication process as we speak. Yay!