Rewriting is super easy...
said no writer EVER.

The first time I realized the importance of rewriting and notes, I was nineteen and in school for screenwriting. It was my favorite teacher who said the phrase I'd never forget: "writing is rewriting."

The term first draft meant nothing to me back then as I only did one pass before moving onto the next project. I immediately took the wisdom to heart, and the words became a mantra over the years. But just because I understood "writing is rewriting" didn't mean I automatically knew how to execute it.

During the second semester, we had a class dedicated to the subject, and were tasked with rewriting one of our scripts. With my new mantra in mind, I set out to dedicate myself to the rewrite. We had nine people in our class and everyone gave notes on every script. So that was eight people, eight different opinions, with about two-three notes each, bringing the total in somewhere between 16-24. So, what did I do? Eager and inexperienced, I implemented them all. The result, a 200 plus page script (your average movie is about 110) full of nonsense. If the script was a plate of food, it would've been spaghetti with ice cream and relish smothered turducken. Yummy. No?

After I submitted my script and realized my mistake, I vowed I would find a system that worked for me. In the end, and after years of writing, it came down to three ridiculously simple steps.


There's a moment when you initially receive the feedback that your gut let's you know if a note feels right or wrong. Go with it. If it feels wrong, it probably is.
That said, don't confuse your hurt ego with your gut. Gut in writing, I feel, is just your subconscious story-logic, while the hurt ego manifests itself through anger or in unjustified refusal. Remember that there's a reason your reader feels the way they do.

If you're dealing with a inexperienced reader, I.e. not your agent, editor, or fellow writer, learn to decipher their message. Let's imagine your gum-chewing friend Lucy says, "I 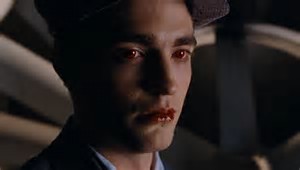 would totally love it if the guy she likes was named Edward instead... and if he was a vampire."

Your initial thought is probably: Lucy, you suck.

But what Lucy said may actually have meant: "I didn't relate to the MC's love interest."

Voila. A note you can work with.


'Twas a very average and unspecial day, when I realized I was rewriting in a very hap hazardous, cluster f**k-y way. I'd start at the beginning and work my way through the notes as they came up. If your notes affect nothing but the page you're touching, this system works great. By the time you reach the end, pop the champagne, you're done. However, more often then not, one change sends a ripple effect through the manuscript. So, about 35, 000 K in you're not only dealing with the change coming up on the next pages, but you're simultaneously dealing with all the ripples from previous changes. The result isn't only a cluster f**k, but also something that overwhelms you and makes you feel like you'd rather stick something sharp in the eye than deal with it.

The day I wrote a precise list of changes, along with their ripples, and went through them note by note, my rewriting process from I hate my life to, Meh, this is not so bad. The simple action of numbering the notes, then crossing them off as they were implemented, made the process  ridiculously manageable. I, personally, don't even take them down in order; I just like number them so I can say: "Only number 6 and 9 left. Saucey." 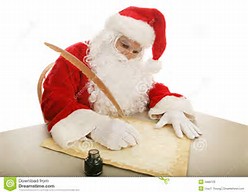 This way, if you're having a particularly draining day (like the time I woke up to a teething baby, a dog with diarrhea, no toner, and a low-on-battery smoke detector going beep.....beep.....beep until I banged it loose with my Swifter) you might want to go with an easier note. If you wake up to the smell of coffee, yawning like a Disney princess, and birds tweeting on your window sill, it might be a good day to reel in that big sucker you've been dreading.


I didn't start doing this until my books came out on audio and I had a listen. Though Elizabeth Norton, who narrates the series, does an amazing job bringing the characters to life, all I could hear when listening were unnecessary words and repetitive sentences. So I started The Read.

No, I don't mean read your manuscript. I know you have, one million times. However, squinting at you computer's bright screen, while you read and fix, fix and read, isn't reading. Print your manuscript, once your think it's ready for the next set of eyes, then get cozy and read it, not like an author, but like a reader. I'll even read it out loud to myself, just to catch odd story 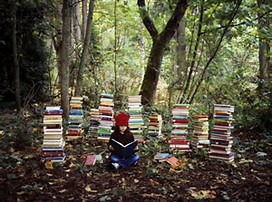 movements, certain adverbs, and other unnecessary words. This part of the process might be my favorite as it involves me, a couch, and a variety of snacks. It's my license to be lazy.