Just like most writers, I spend a lot of time observing people. Not in a creepy lurking-guy-behind-the-newspaper sort of way, but in a subconscious humanity-intrigues-me sort of way. And, again, like most writers, I take from life and life experience to build my plot and my characters. Sometimes there are pieces of me in my characters, sometimes, they are made up of pieces of others.
When making up minor characters, like my main character's friends, I look at the five different friends I've come across and choose a base that I later elaborate on.

This girl/guy likes everything you like, is up for anything you're up for, and hates bananas because you hate bananas. Not because they don't have their own likes and dislikes, but because people like this are generally Deflectors. Meaning, anything you ask them gets deflected right back to you.
Example: You: "Hey, what's your worst memory from childhood?" 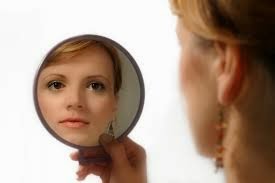 Deflector laughs: "Oh, I'm sure it was all traumatic. What's yours?"
Maybe it is because they won't/can't allow themselves to let you in. Maybe because they simply hate being the center of attention. Or perhaps, they deflect because their thoughts are deeper than any of us can perceive.

How to use them in your story
The Mirrors are great to do just that, mirror your character. Since this type of person is all about their friend, they make excellent minors for you to reflect your character through. Unfortunately, unless you're making their inability to open up a storyline, these characters will remain minor, since they will never confess to having problems of their own.

I'm sure we've all come across a friend like this at one point or another in our lives. This person likes to talk about themselves and only themselves. They also tend to be the fun one, the wild one, and the one who is responsible for that night you had 13 tequila shots and threw up in your purse. 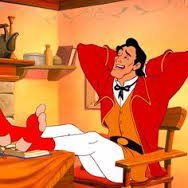 Sometimes this 3-for-1 is just what you need, but usually, your friendship will never evolve past a certain stage. They can also be dangerous for longer periods of time. Since their attention is always on themselves and they tend to come wild, there's a risk they'll get you in bad predicaments.

One way of knowing if you have a Me-Me-Me in your life, rather than just The Talker, is by telling them some news--positive or negative--about yourself, and see how they react.
A Talker, will jump on board with whatever you say, because they love to talk for hours about anything, not just themselves. A Me-Me-Me will respond to your news quickly then change the conversation, or suddenly remember that they have even greater/worse news to share which will top yours by a miles.
Example. You: "I got promoted today."
The Me-Me-Me. "Oh...nice. My boss will probably send me to New York this year. All expenses paid. Room at the Ritz. It's going to be Eh-pic."

How to use them in your story
Those who have read my books, have probably already figured it out. And yes. Chrissy is a Me-Me-Me. Many readers find her annoying, and many people should, but I chose to believe that Chrissy, just like the other Me-Me-Mes out there, have a reason for being self-absorbed and that there is something to be discovered below their surface.
Not only are these characters fun to write, but they also make excellent antagonist, or Frienemies who put your character is sticky situations. In addition, they make for a great peeling-off-the-layers subplot.

The Negitator is that friend who is fun to be around, until they're not. The Negitator will take anything and put a negative spin on it. They are quick to comment on the fact that you're wearing the wrong shoes, shirt, makeup. Should you ever accidently think too highly of yourself, the Negitator will make sure to bring you back to earth immediately. As opposed to the Me-Me-Me, the Negitator doesn't feel the need to put the attention back on themselves when you have news to share; they just want you to know that good things don't last forever, your new shoes will probably give you bunions, and "so what if you graduated from Yale, so have hundreds of thousands of others." 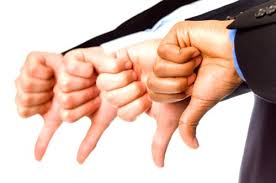 The origin of the Negitator probably stems from their own self-doubt, shortcomings, and bitter endings. Perhaps, they even give you a good verbal lashing when you're being too positive because they just don't want you to suffer the same disappointments they have. Still, in order to manage this friendship, you need a pretty thick skin, and a deep sense of self-confidence that prevents their darkness from pulling you down.

How to use them in your story

So how could this personality benefit your character? They are a great way to reflect your main character's own doubts and fears. Since the Negitator will always see the worst in every situation, they are a great tool to use as a culprit for your character's inner struggle. However, when using a Negatator like this, it's essential to use the anti-force as well. Enter the... 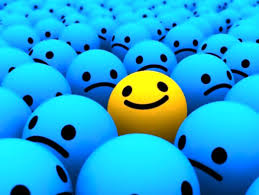 As opposed to the Negitator, the Positator will see a silver lining in absolutely everything. They are generally calming people, who push you to see a problem or a situation from a different angle. They see the best in both people and the world around them, and believe All Things Happen For a Reason. At first glance, one might think the Positator is naïve and blue-eyed, but in my experience, they always have a story to back up their positive claim. Surprisingly, the Positator tends to be a person who has been through a lot, had a hard life, or has seen and experienced more than the average Joe.
Whatever their story, if you meet a friend like this, hold on to them. They're a rare gem.

How to use them in your story
The Positator can be used to reflect your main character's hopes and dream. While the Negitator is the devil on your MC's shoulder, who fills their head with fears and doubt, the Positator is the angel that let's them know their strengths and the possibilities ahead of them, should they choose the right path.

The Compadre is usually someone very close to you, a best friend. The Compadres come in different forms, with different personalities, and as opposed to the other four friends listed, their actions are tailor made just for you. They may be just an okay friend to people, until they meet you. After your personalities click, and you let them in, they grow into the role of the Compadre. 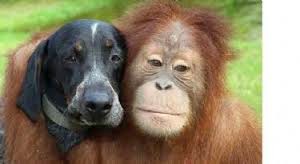 They will stick with you through thick and thin, throw themselves into a bar fight for you, and come over at 1 a.m. to have a look at that strange mole you're panicking over. The Comparde doesn't only listen to your good and bad news, but feels the news along with you. They are usually not the positive, perfect being the Positator is, but they always have your best interest in mind.

How to use them in your story
The Compadre makes for a great character. They have their own personality, their own problems, but they always have your MC's back. Because they want what is best for your character, they are great truth speakers. They will not just drop a negative/positive POV to the conversation, but will tell your character the truth they need to hear, good or bad. When your character is in need of an epiphany, the Compadre will be there to hand it over.

While most people you know are probably a mix of all the above, you've likely met a few of the extreme these types as well.  As a Positator in my life once told me: Different people come into our life at different times for a reason. Good or bad, there's always something to be learned from them.

I often think of this statement when making up my MC's friends. The question to ask yourself before you put pen to paper is: What type of friend are they, and how can they teach my character a lesson.