Killing and Resurrecting Your Darlings

As I entered the stage of rewrites with Sapphire Dubois #3, the expression Killing Your Darlings came to mind. English author Sir Arthur Quiller-Couch was the first to say it a century ago, though I think he actually said 'murder your darlings'. The expression has since become widely used not only by authors, but in many professions that involve editing. I, for one, first learned the term in film school. 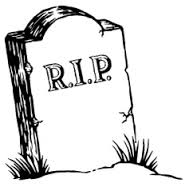 So what does Killing Your Darlings truly mean?
It means to cut a scene, piece, sentence, or dialogue which you personally hold dear, but which doesn't move the story.

I've killed plenty of darlings through out the Sapphire series. Silencing Sapphire left more figurative bloody body parts behind than I can count. Most of them were scenes I felt were important to the characters, but did not fit in with the movement or slowed down the plot too much.
This is sometimes traumatic, but it's part of the job, and there's nothing you can do to change it...

You're writing a series.

The upside of a series as opposed to a stand alone, is the opportunity to give mouth-to-mouth and revive an old dead darling when you get to the next book. I never truly delete a scene; I keep all Has-Beens for each book in a separate file together. Partly to make it easier to track them, partly because I imagine the poor rejects will feel less sad and lonely if they're surrounded by other rejects.

When going through the editing process with my agent for Silencing Sapphire, we spent a lot of time discussing a scene which held significance to the characters, but was unrelated to the plot. After much debate, it ended up being humanely put down.
As I was writing Sapphire #3, I found that the old deleted scene from Silencing Sapphire, fit perfectly with the plot movement of the new book. All I needed was CPR lessons and possibly a crash cart. 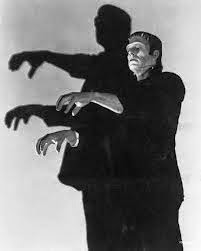 But before you grab the defibrillator and yell "Clear!" beware and ask yourself one question: When you raise the dead, do they come back the same?

For the scenes you've deleted months ago, but still think about and still have that gut feeling about, I say yes, go ahead and give it your all to resurrect them.

As for the rest of the rejected Darlings, well...
if Mary Shelley and several Zombie movies have taught us one thing, it's that some things are better left dead.