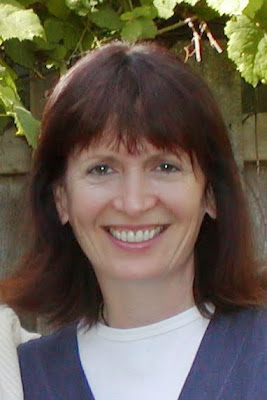 A Bitch Called Hope is the first book in Gardner’s Lennox Cooper series, a story about a poker playing detective who only catches a break at the card table. Her second book in the series, Betting Blind, is coming out on March 29, 2016.

Your novel, A Bitch Called Hope, ruled the B&N bestseller list. Did you know you wanted to do the sequel, Betting Blind, even before the first one became a hit?


When I found my detective, Lennox Cooper’s character, I knew I wanted to continue to tell stories with her voice. A story is one thin slice of a human life, so there’s dozens of stories that could be told.


Did you find writing the sequel to be harder or easier than writing the first Lennox Cooper novel.


Both.  I found it difficult to reveal the backstory for Lennox and her poker buddies in a new and artful way from A Bitch Called Hope. That said, having a protagonist and supporting cast with developed characters and voices is a wonderful thing. I also had the confidence of having written a novel from start to finish, so I knew I could do it again.

When do you let your friends and family read your novels, pre or post release?
The problem is readers’ fatigue. My books change with every critique and edit, and I go through this process over and over. Which version do I give my friends and family? The best version—the published version.

Lennox is a a strong, capable woman, as well as a seasoned card player, and you are too. How and when did you start playing?
I started playing Pitch my freshman year in college. I’d like to say I played during my lunch hour, but the truth is I skipped a lot of classes to keep playing. When I moved to the country post college, I played hours and hours of Hearts and Canasta. I’m pretty solid with those games, but I suck at poker. I have the worst card luck when I’m playing with my own money.

Are there other parts of Lennox that you identify yourself with?
We both have potty mouths, and our thoughts about Luck and Chance are identical. Otherwise we’re very different. Lennox is little and tough and never stands down from a confrontation, whereas I am tall and timid. She puts her work before her love life. Yeah. Well. All her friends are men. All my friends are women. She has only her mother. My family is the size of a small village. It’s wonderful imagining a character so unlike me.
What is your most, and least favorite part of writing?
Building a new scene is the most difficult stage of writing for me. Accomplishing my scene goals; creating conflict between my characters; and placing them in an interesting setting that is so vivid that the reader feels she’s there in the story is really freaking hard. My favorite part of writing is re-writing. Once I have the raw prose on the page, I can make it better.


How will Betting Blind differ from its predecessor?
In A Bitch Called Hope, Lennox’s primary motive for solving Bill Pike’s murder is to prove to her cop community that she still has the investigative chops she had as a homicide detective in the Portland Police Bureau. In Betting Blind, Lennox is fighting with all her skill to clear her dear friend from a murder charge.
A Bitch Called Hope is a world of wealth and entitlement. Betting Blind is a world of cyber crime, a place where people prey on the lonely.

A big, big thanks to Lily for letting me interview her!


If you’re yet to read the best-selling first book in the Lennox Cooper series, A Bitch Called Hope, or want to sample it, here it is:
Betting Blind comes out on March, 29, 2016 through Diversion Books.